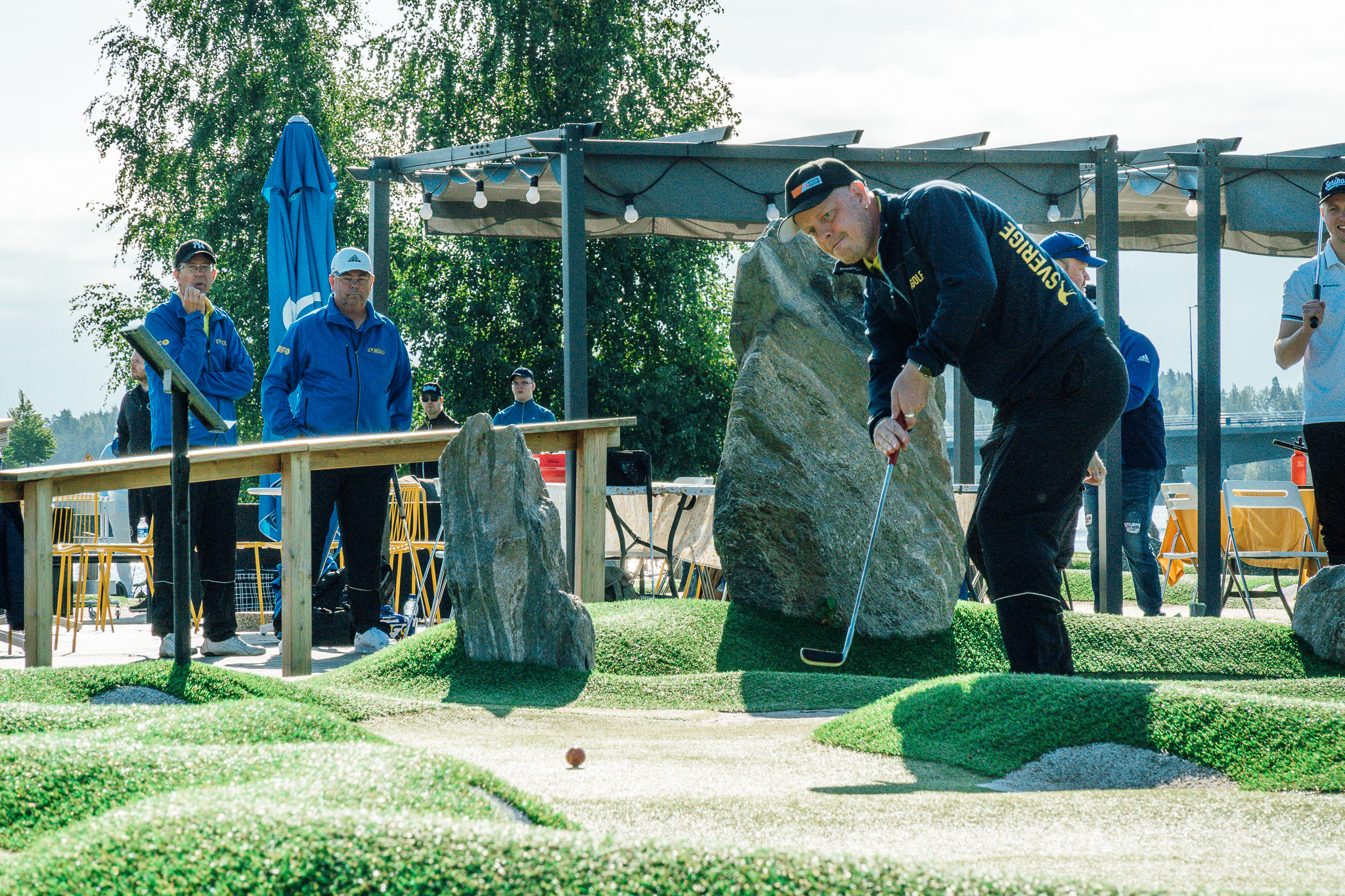 World Adventure Golf Masters 2022 will be held in Bellanpuisto, Kuopio June 17-19th. Altogether 99 players from 13 countries, including India and a couple of African countries, will compete for the trophies.

An Exciting Competition Ahead

Big minigolf countries such as Sweden, USA and Czech Republic are among the participating countries; host country Finland is also expected to succeed.

Bellanpuisto minigolf course is familiar to Daniel Vlcek, since he has participated in Finnish Adventure Golf Masters (FiAGM) two years in a row. He is the men’s category FiAGM 2021 winner. Marko Nuotio from Finland won silver.

New winners were announced at FiAGM 2022, which took place last weekend (May 14-15) at Bellanpuisto. Men’s and general class winners all came from Finland. Aki Sillman took gold, Tom Ahlberg silver and Marko Nuotio bronze. They all will be part of the Finnish team in WAGM 2022. Gunnar Bengtsson placed 4th and Daniel Vlacek 8th.

“World Minigolf Sport Federation and minigolf players around the world are eagerly looking forward to compete and meet each other after two years’ break caused by COVID-19. The conditions in Bellanpuisto are world class and we are impressed by the great work of our organizing committee. In approximately three weeks’ time the world’s best minigolf players can enjoy the great event which the local team has built for us” explains Tournament Director, Mr. Pasi Aho, WMF Vice President Sport.

Mr. Antti Pakkala, chairman of the organizing committee, is happy that WMF has given the WAGM 2022 organizing rights to Bellanpuisto.

“Bellanpuisto minigolf course was opened in 2019 and has been designed and built in order to meet high quality standards and to arrange international competitions. Minigolf Open Standard (MOS) type of courses are getting more and more popular and several new courses are being built in Finland. Thanks to WAGM 2022 we hope to get publicity and attract especially young new minigolf players” explains Mr. Pakkala.

Three rounds will be played on both Friday June 17th and Saturday June 18th. The last seventh round of each category will be played on Sunday. Best 18 Super Final players and mixed pairs players compete as well on Sunday. Maximum number of players per country is 12, the amount of youth players is not restricted.

WAGM is free for spectators, there is also live stream via YouTube on Sunday June 19th.

Current registration of players and countries can be found here. You can also visit the WAGM 2022 Official site.