Iran sport society observed another benevolent humanitarian act on Friday, November 26, 2021, when another festival of sport for all called “the Angels Cup” was held under management and supervision of Sport for All Committee, Iran Minigolf Association (IMA). Passing over 100 million doses of anti-Covid vaccination and celebrating better general condition, Iran’s general public condition got improved slightly in terms of outdoor gatherings and IMA could seize the best opportunity of a magnificent spectacular autumn day and managed to experience an outstanding cup held in line with its social responsibilities and duties, with cooperation of its Artists Committee. 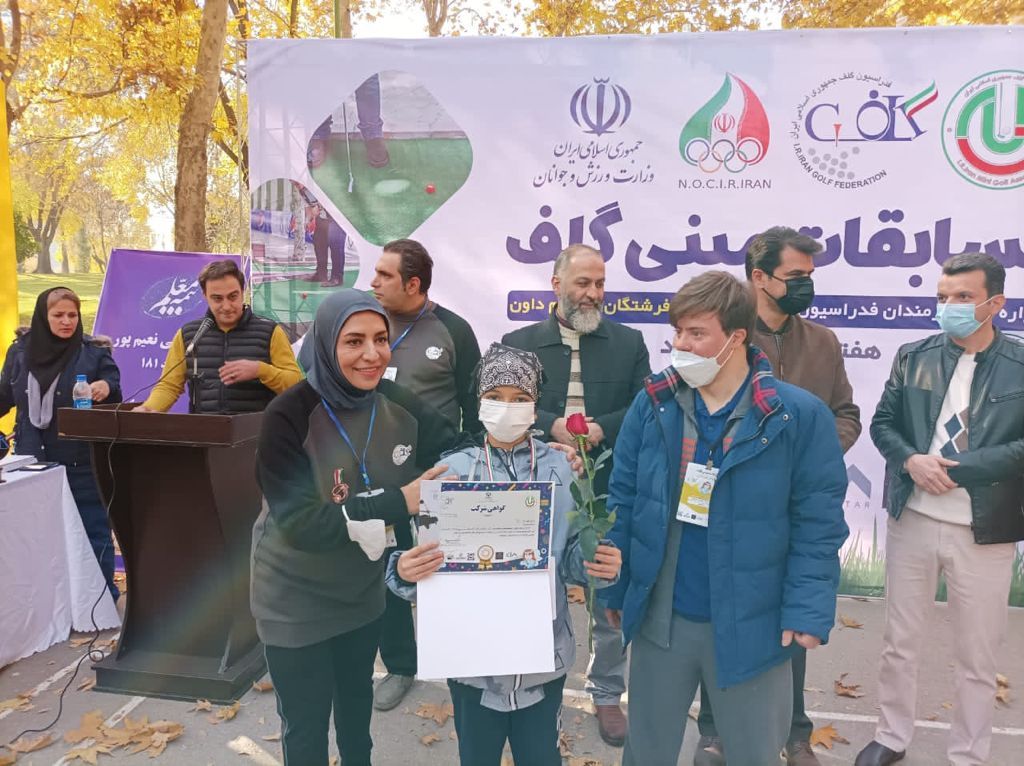 According to Mojtaba Safipoor, member of Sport for All Committee, World Minigolf Federation (WMF), and Director of IMA International Affairs Department, this nationwide open competition which is considered to be another nationwide cup based on IMA’s Sport for All policies, was held outdoors in the very scenic environment of the Miniator Minigolf Site of Mellat Park, Tehran, observing all hygienic and health protocols of Covid-19 and all its variants.

Mojtaba Safipoor  - Member of the WMF Sport for All Committee

He added: “before this worldwide pandemic, we have held many different minigolf cups for different types of people based on our IMA Sport for All policies the report of which will be published soon, and an example of which is the first cup of Sport for All called ISAAR CUP which was held for disabled people especially those disabled veterans of the 8-year Imposed war of Iraq against Iran. 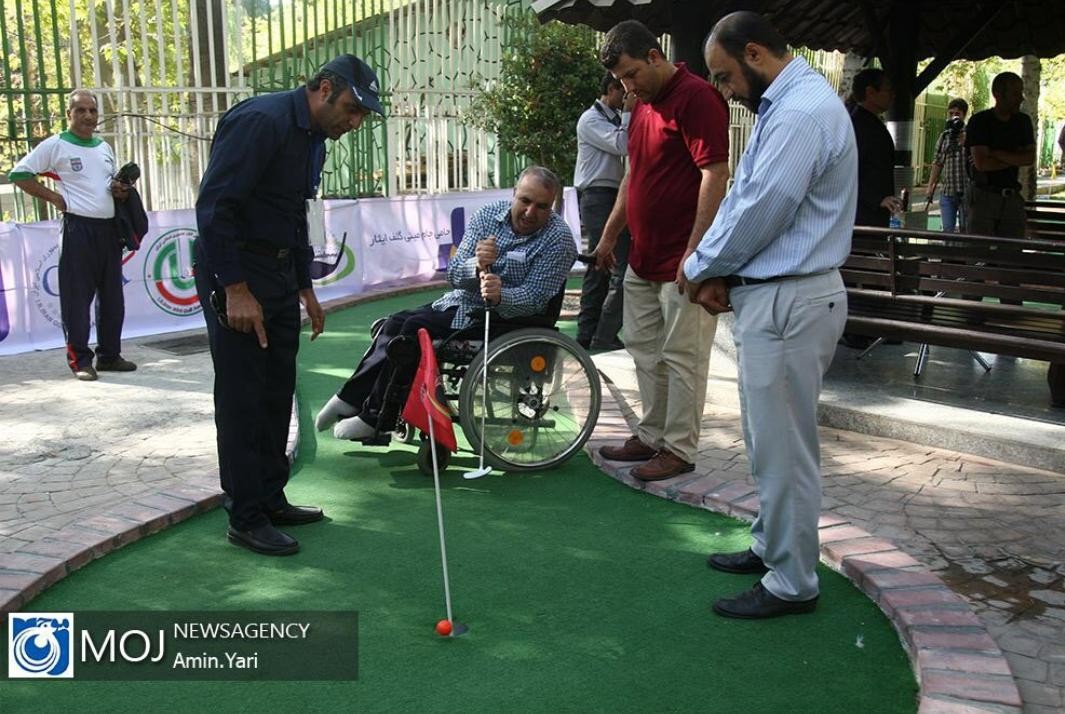 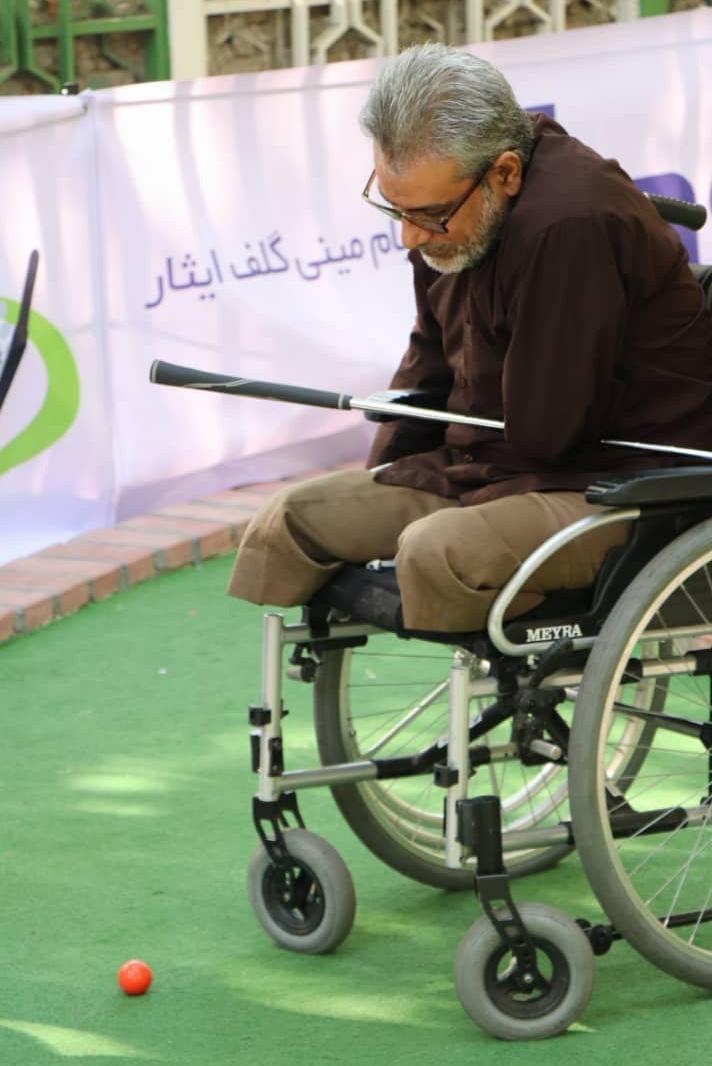 Last Friday we held this Competition with the attendance of 26 Angels of Down Syndrome from different regions of the country accompanied by 20 members of artists team among them where some outstanding cinema and TV celebrities who symbolically attended this Festival the Down Angels, and at the end all the Angels received Golf Medal and Certificate of Honor from authorities and some celebrities.” 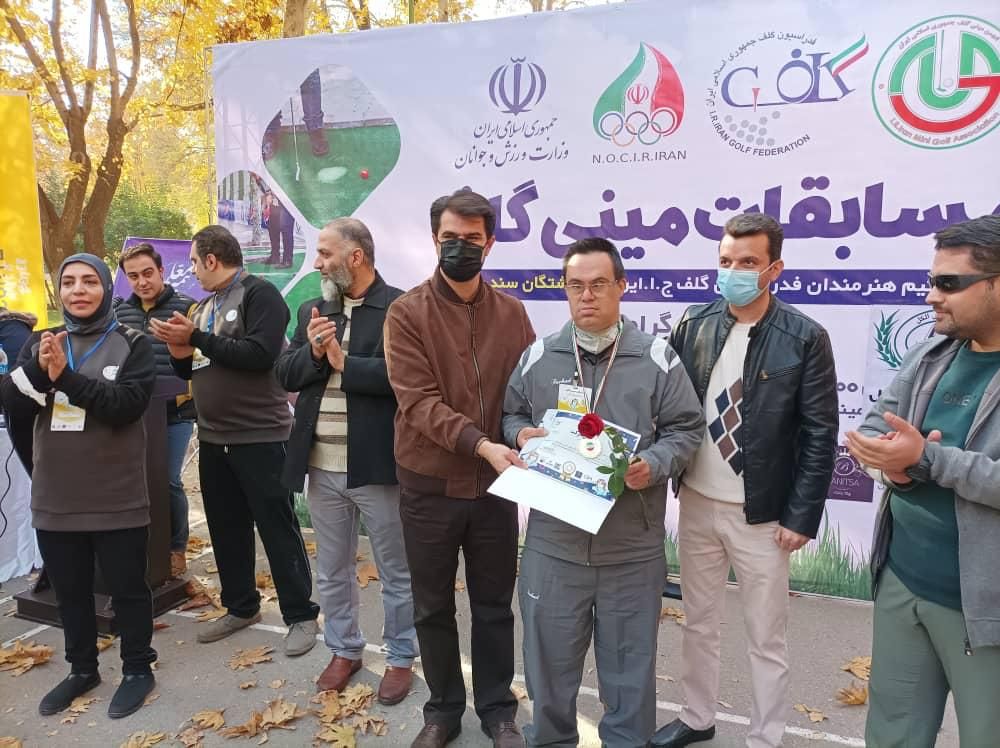 At the ending ceremony of this Festival, Dr. Azizi, President of Iran Minigolf Association stated: “I am really proud of these Angels and IMA is proud to be their host. This event was one of the most memorable events, I have ever experienced, and I am really grateful to God for this.”