On the occasion of “National Physical Education and Sport Week” in Iran and in commemoration and gratitude of efforts of all staff from different organizational levels of Ministry of Sport and Youth (MSY), National Olympic Committee (NOC) and National Para-Olympic Committee (NPC), the first round of a nationwide festival of Minigolf competition was held by Iran Minigolf Association in Miniator Minigolf site, Mellat Park, Tehran on Thursday, October 22nd , 2020.

Ali Rahmanion, Chairman of Talent Identification Committee of Iran Minigolf Association and the Executive Director of the event Said: “Observing all hygienic and health protocols of Covid19, this event was held outdoors in the very scenery environment of Miniator Minigolf site in Tehran Mellat Park with the purpose of protecting physical and mental health of all employees in all managerial levels with the attendance of 100 participants along with their families (all in all around 300) in the presence of Dr. Hamid Azizi, President of Iran Minigolf Association, Mr. Jamshidi, Secretary-general of Iran Minigolf Association, Mr. Hamid Banitamim, Director-general of the Office of Public Sports Development of MSY, Mr. Sajjad Salek, Director-general of the Office of Social Contributions of MSY, and some other high ranking officials to promote Minigolf Sport as a family-based Sport which gathers together all members of the society regardless of their gender, age, physical abilities, etc. enhancing their concentration, decision-making and positive dialogue-making skills.

It is worth-mentioning that both the opening and closing ceremonies of the festival was covered by national TV networks and news agencies as well as key sport media reporters and photographers. At the closing ceremony, all participants received packed gifts and an attendance certificate, and Mr. Mas’oud Farahani, a veteran staff of Talent Identification and Basic Education staff was also praised and honored, and Finally the winners of the competitions were rewarded their medals and championship certificates in the following ranking: 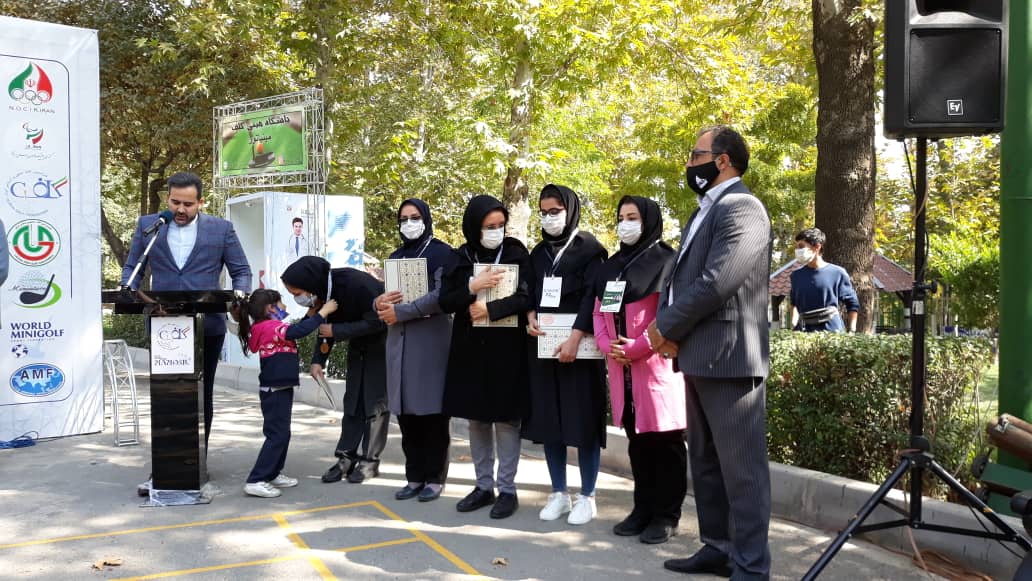 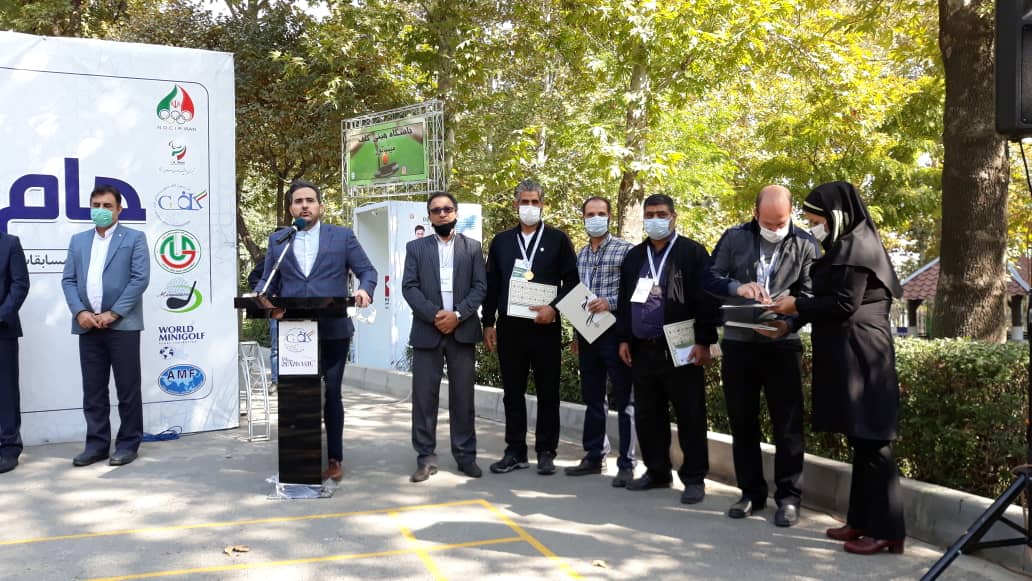 According to Mojtaba Safipoor, Director of International Department of Iran Minigolf Association and Manager of International Affairs Department of Iran Golf Federation, the “National Week of Physical Education and Sport” in Iranian calendar is held every year from Mehr 26th to Aban 2nd (October 17th- 23rd) in order to motivate the society towards the importance and positive effects of doing physical exercises and sports in improvement of individual and social lifestyle, development and promotion of sports at home and within the family members as well as guiding the society to follow and exercise public sports. Each day of the week is titled specifically to follow the excellent goals of sport within different strata of the society with a main focus on public sport, professional sport and championship sport among which the public sport stands at the top of the priority list.