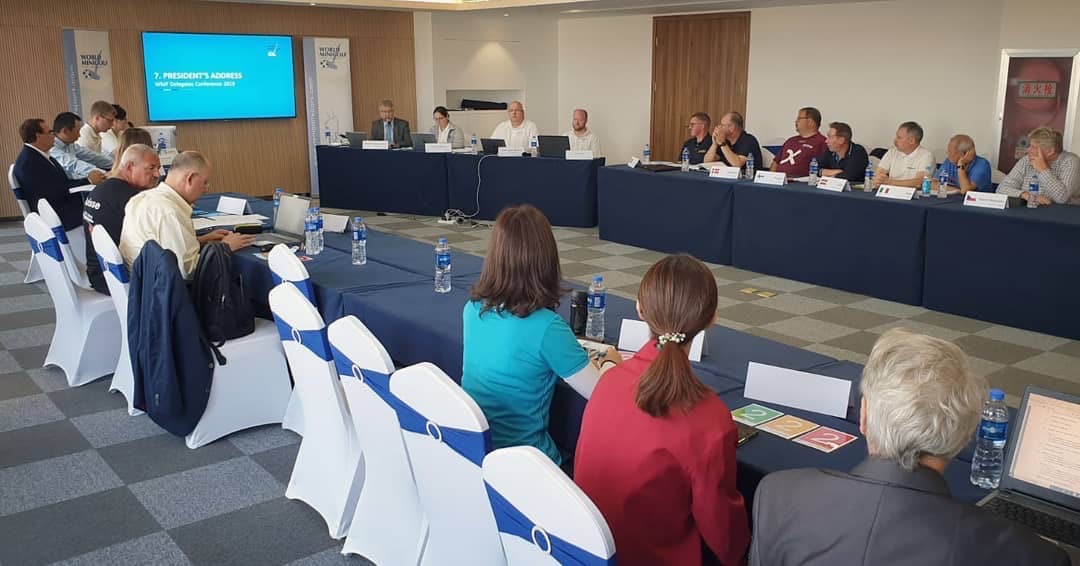 The WMF Delegates Conference 2019 was held in Zhouzhuang, China on October 20th, 2019. WMF President Dr. Gerhard Zimmermann was re-elected unanimously. After the elections he pointed out, that the focus for the next years will be on youth, development and multisport events. This will be strongly reflected in the upcoming strategic plan 2021-2025.

A Presidential Committee inside the Executive Committee has been established to clarify the legal responsibility for decisions and activities of WMF.

WMF is becoming more and more solid in financials and Good Governance aspects. Former WMF Finance Manager Peter Joost Middag (NED) is going to transfer the financial duties to his successor Jürgen Elsishans (GER) at the end of the year and promised to ensure a smooth transmission.

WMF takes its social responsibility and continues with different valuable projects by implementing the Olympic values. The United Through Sports Conference with the slogan “United Through Minigolf – Building Bridges” will take place in Zhouzhuang on October 22nd, 2019 under the patronage of AIMS (Alliance of Independent Recognised Members of Sport).

The official Minutes of the Delegates' Conference will be released in time.