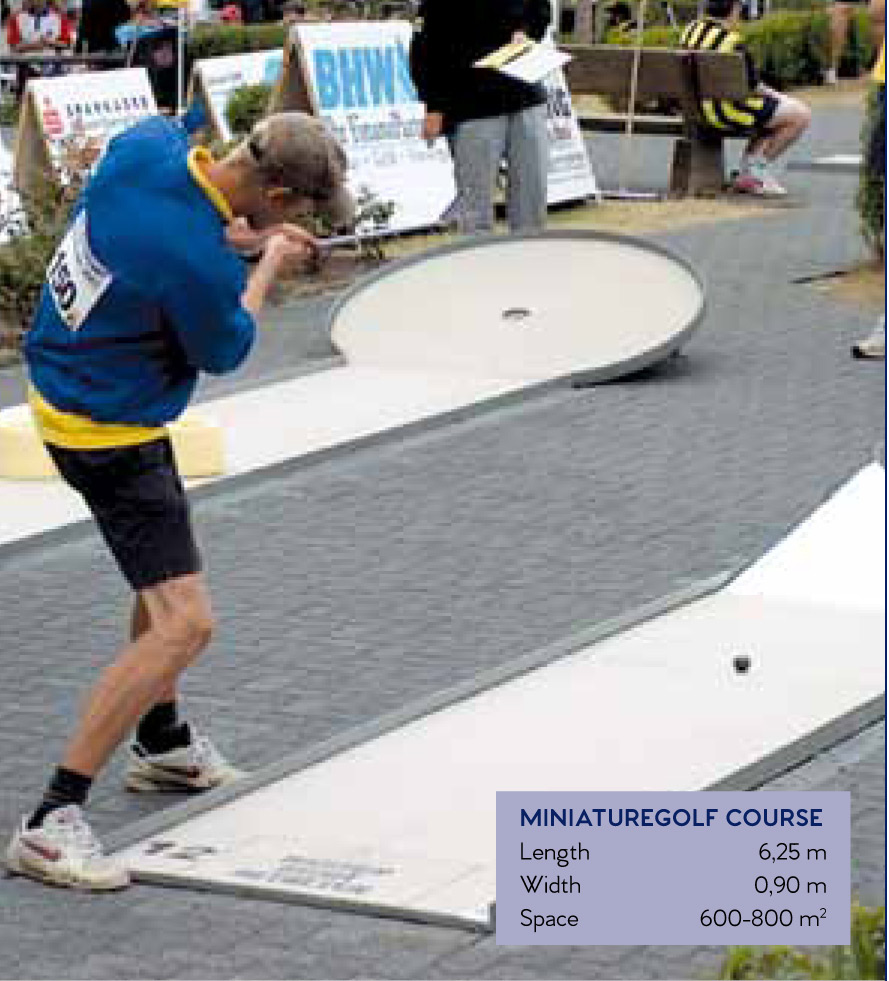 To set up the course, you can select from 28 different types of holes. You will find these courses in many cities and holiday sites all over the world.

They are very popular and eventhough the holes are quite short, many people are surprised at how difficult some holes can be. The miniaturegolf courses require some maintenance in early spring after the winter, but if you are a club, all the members of the club could get the entire course ready for playing quite quickly.

You are not allowed to stand or walk on the course/obstacles, but this is not necessary to play. 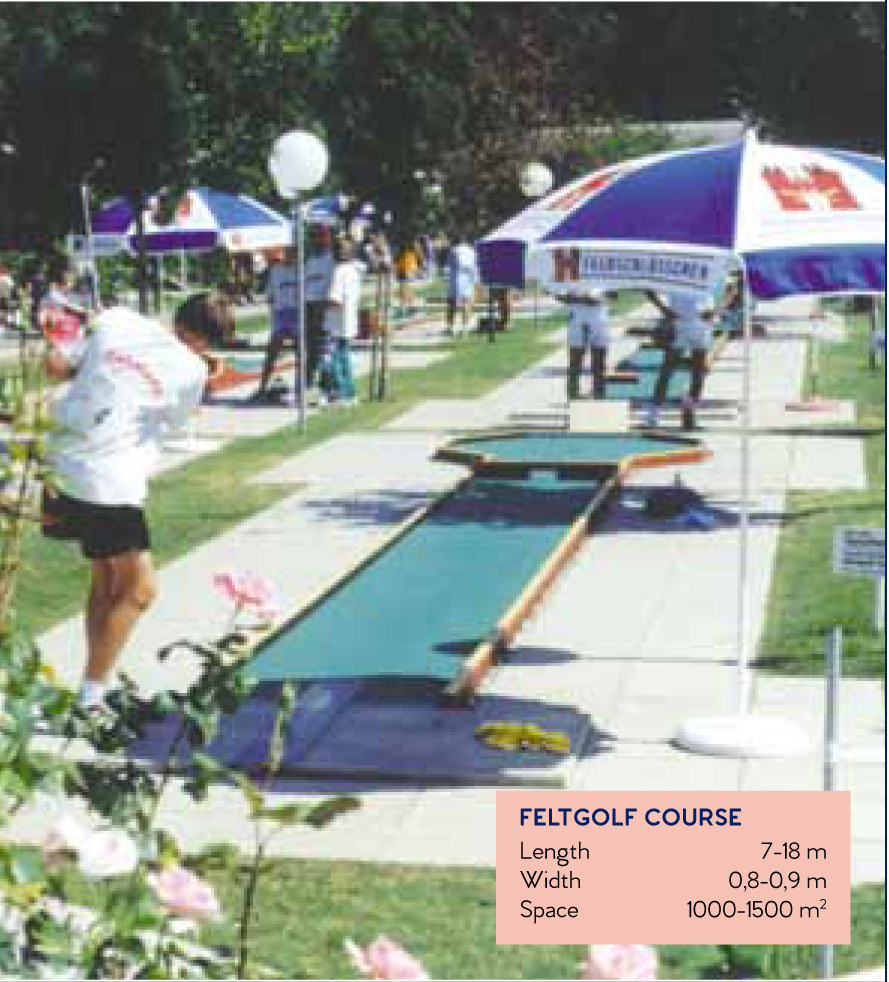 Sweden and Finland are known for their felt courses. The surface is felt as indicated in the name and the borders are made of wood. This type of course can be quite difficult as some holes are much longer than the miniaturegolf holes.

Nowadays this type of course has grown all over Europe and it has become quite popular to play on felt.

The felt courses require more space, a typical area 1000-1500 m2. There could be some variation as the total length should be at least 180 metres, while the longest courses are well above 200 metres in length.

You could also plan the construction around the landscape and area. You can also select the holes from almost 40 different types, even though all of these are not used for competition, the producer can inform which holes are approved for tournaments.

There are international tournaments played almost every year on felt courses as they are becoming more and more popular. You are allowed to stand on these courses when you play, but you should avoid walking on the lanes as it risks that you bring dirt or small stones onto the course. 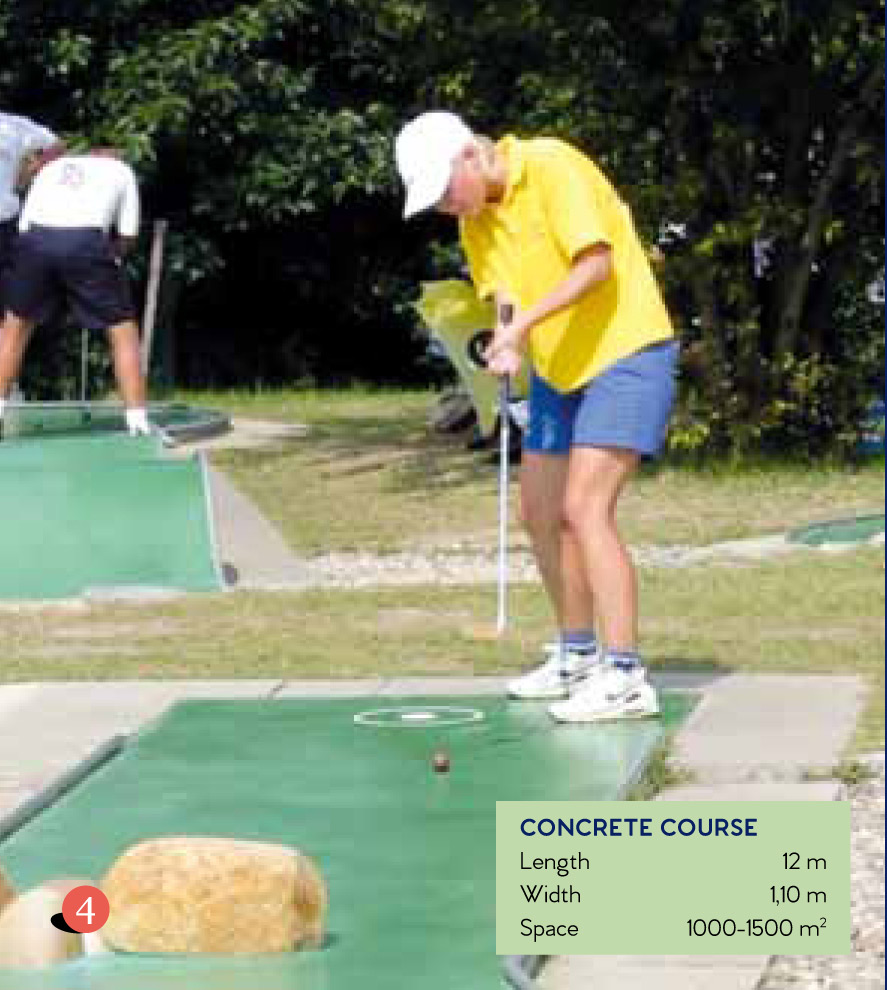 The third type of course is concrete. These courses were constructed in the 1950’s by Paul Bongni who came from Switzerland. Therefore, this type is predominantly found in Switzerland, Austria and southern Germany, but you can find concrete courses all over Europe. There are only 18 types of obstacles and these have the same number on every course.

The courses are constructed in concrete and the borders around them are made of steel. It is quite expensive to build and requires more space than felt courses. The length of the lanes is 10-12 metres, the longest being about 20-25 metres. Even though it is expensive to build, it is very attractive to play and courses often have large clubs and many casual players. You are also allowed to stand on these lanes when you play and it is necessary to be in the right position when you hit the ball. As on the felt courses you should not walk on the lanes. 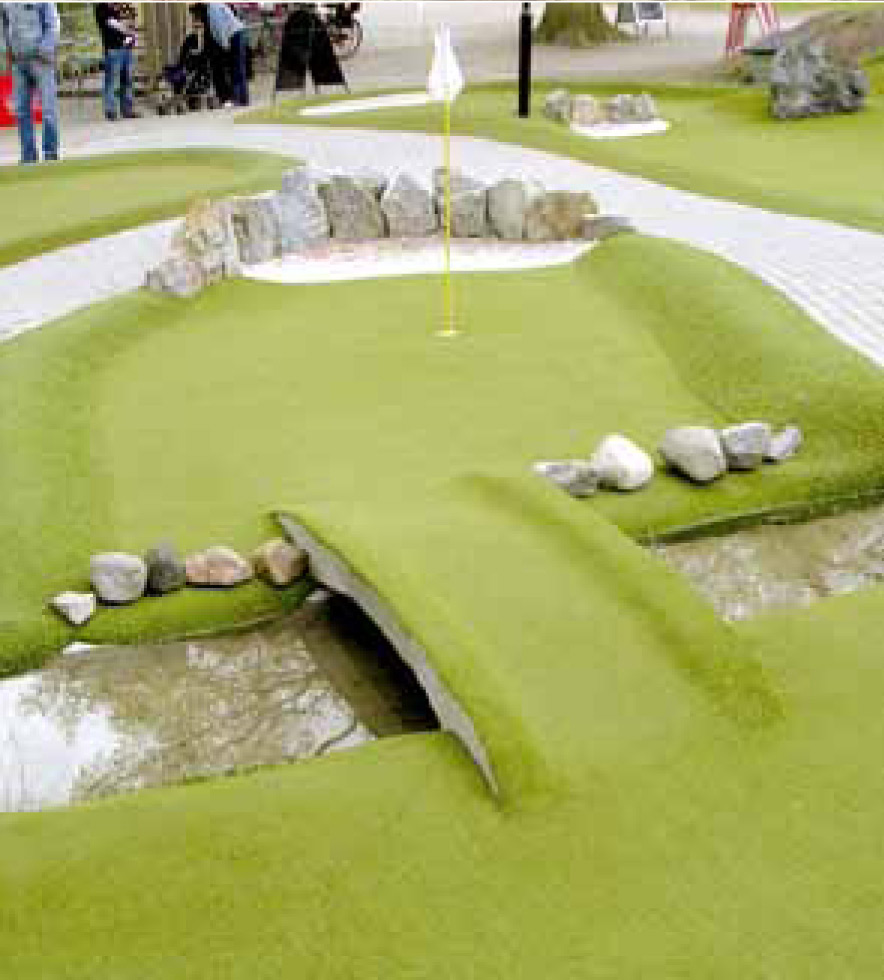 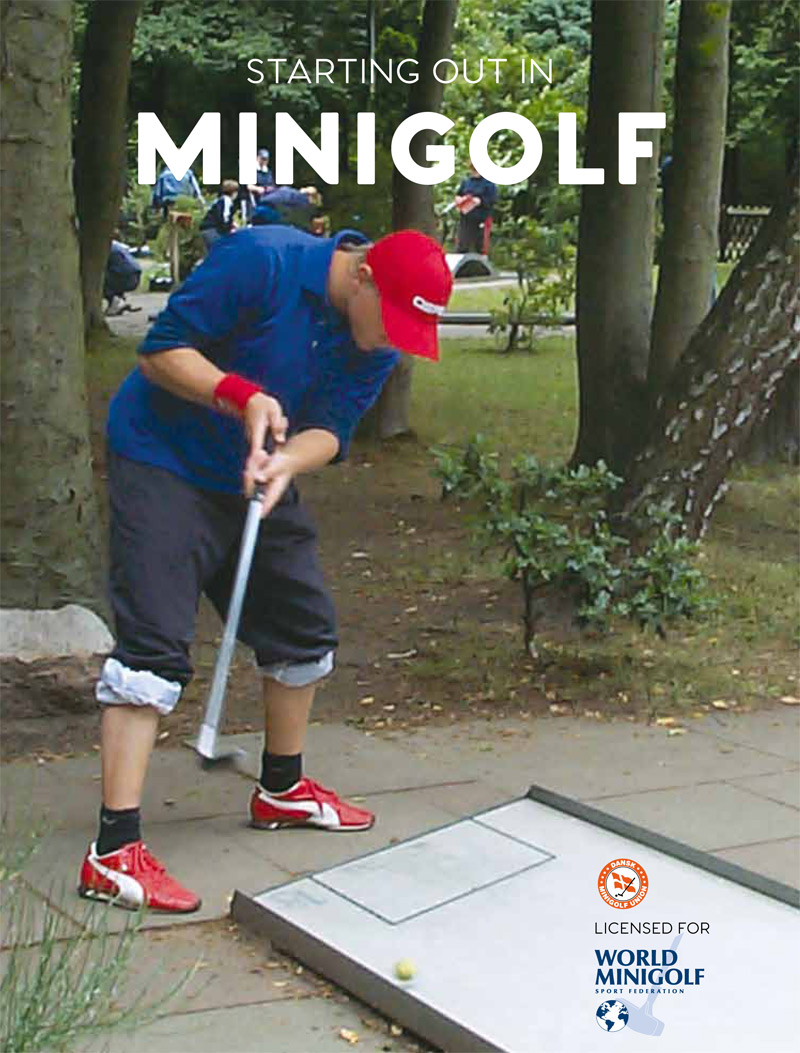