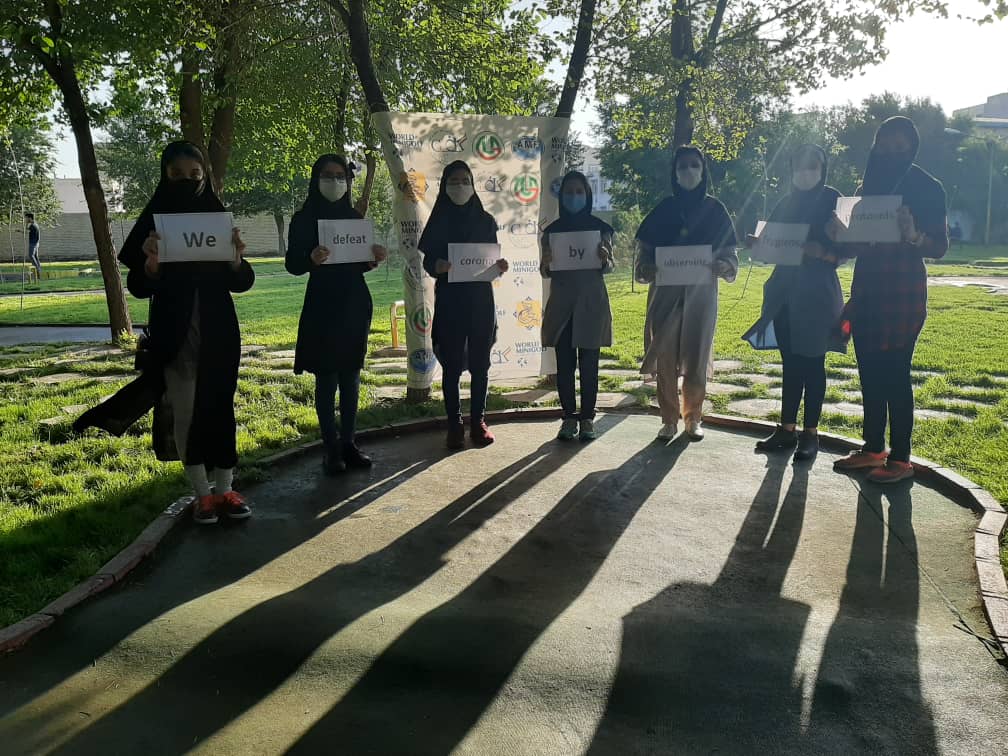 On the occasion of arrival of Velāyat Decade, Ardabil city held a provincial Mini-golf Festival. Sponsored by Namin Ceramic Company, and under supervision and assistance Ardabil Province Minigolf Board, the ceremony was held on Wednesday, August 12, 2020, in compliance with all health protocols and with the slogan of “We defeat Corona”. This ceremony was held at the mini golf site of Samā Park in Ardabil province with the attendance of Ali Rostami, CEO of Namin Ceramic Company and Mehrdad Kaboli, Director of Ardabil Province Minigolf Board. In this ceremony, the male and female champions of the provincial competitions were honored with prizes and certificates.

Velāyat Festival which is held annually in Iran marks the week between two religious Eids of Qorban and Qadir. Eid-e Qorban (literally Means Feast of the Sacrifice) which is held on July 31st, honors the willingness of prophet Abraham to sacrifice his son Ismael as an act of obedience to God's command, and soon afterwards, God sends a gift lamb to him to be sacrificed instead  and its meat is usually distributed among poor and needy people. Eid-e Qadir, held on August 8, is a Shia feast commemorating the time when the Islamic prophet Muhammad (SA) was said by God to have appointed Hazrat-e Ali (AS) as his successor and the first Emām.

Ardabil is among the most active centers of Minigolf in Iran. A magnificent Mini-golf Court is going to be built soon in Dehkade-ye Sangi-e Ardabil (Stone Village of Ardabil) with a potential of holding International Events and hosting around 200 spectators’ seat around the court. The relevant photos and news is broadcasting soon.