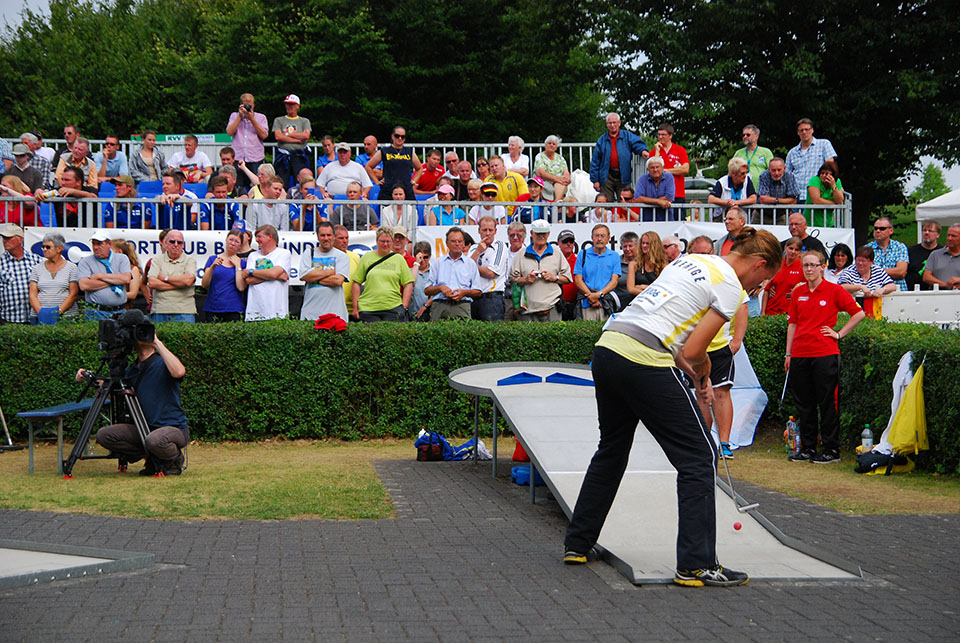 What´s The Best Way To Practice Your Putting Stroke During Winter? (It´s Minigolf)

The winter typically means bad weather, frigid temperatures, and golf course closures. Unless you live in a warm climate like Florida, the winter is a tough time to perfect your golf skills. Most importantly, putting can fall by the wayside very quickly if not practiced regularly. Instead of buying a new home in Florida or buying a timeshare, a better way to practice is minigolf.

Many minigolf courses don’t need to close during the winter because they don’t require the maintenance of a full golf course; as long as they’re not covered in snow, they’re likely to open for play. Also, many minigolf courses are indoors and are sheltered from the elements. Plus not many people think to go minigolfing during the winter, so you have plenty of time to line up shots and work through your pre-putt routine.

Minigolf courses are always public without tee time requirements, just show up and play. Golf can be expensive especially during peak season but minigolf rates stay the same. Most minigolf courses can be played for under $15 for a full eighteen holes, and many have very reasonable “play all day” rates.

Many professional minigolfers are excellent at reading greens. The difficulty of any miniature golf course is understanding the speed and break of the greens, as well as how the ball will interact with various obstacles. With difficult-to-parse undulations and interesting objects interfering with your putt, minigolf courses challenge even the most talented putting pros to couple putting skill with creativity.

Pro Tip: Focus on More Than The Swing

A smooth stroke is a key to getting your putt started on its intended line. Pushing and pulling putts can have many different causes, but the most common one is in your setup. If you have a minigolf course to yourself, try standing closer to the ball if you’re pushing putts, or further from the ball if you’re pulling. Move the ball back and forth in your stance and see what spot results in the most putts starting on line. Tom Dixon, a world champion minigolfer, is surprised “how little concentration people put into their putting.”

Most minigolf courses consist of artificial turf covering concrete, so they roll as fast as the fastest greens on tour. This works to amplify any errors you may have in your stroke. Practicing 3-footers on a minigolf course will show you quickly if you’re getting your putts online, as missing your spot will result in a nasty lip-out.

Bring Your Own Putter

Most courses will allow you to use your own putter and even your own golf ball if you so desire. This is key in actually making minigolf an effective practice tool, as using the rubber blades and softballs provided by the courses won’t offer you the same putting experience as you’d get from your own equipment. Just make sure that the 18th hole doesn’t disappear your ball, as sometimes happens at these courses!

While the United States currently is host to two competing professional minigolf tours, the PPA and the USPMGA, there are no records of anyone who plays miniature golf as their sole career. However, you may be surprised by the skill level exhibited by the regular stars who tend to claim victory at their major tournaments, like Czech wunderkind Olivia Prokopova, already a member of the minigolf Hall of Fame in her early 20s.

But with the debut of the Major Series of Putting in 2017, bigger names are being attracted to the putting and minigolf world. The MSOP is held in Las Vegas every year, with qualifiers all over the country. Instead of traditional minigolf courses, they’re held on actual putting greens and you won’t find any windmills on the course. It hews a lot closer to actual on-course putting than what many think of as minigolf, but it’s helping put the spotlight on minigolf nonetheless.

Major participants in the MSOP include legends like Brad Faxon and John Cook, as well as current pro golfers like Colt Knost and Kurt Kitayama. Numerous minigolf tours are represented, as are many developmental professional tours like the Korn Ferry and PGA Latinoamerica. Surprisingly, a big-name golfer has yet to win the MSOP, which demonstrates that putting is a sport all its own.

So whether you’re doing off-season training for your regular golf game or you have visions of hoisting trophies on a minigolf tour or at the MSOP, miniature golf courses can be the perfect places to keep your putting stroke honed over the winter. You’ll be ready to hit the ground rolling when golf weather finally arrives in the Spring.