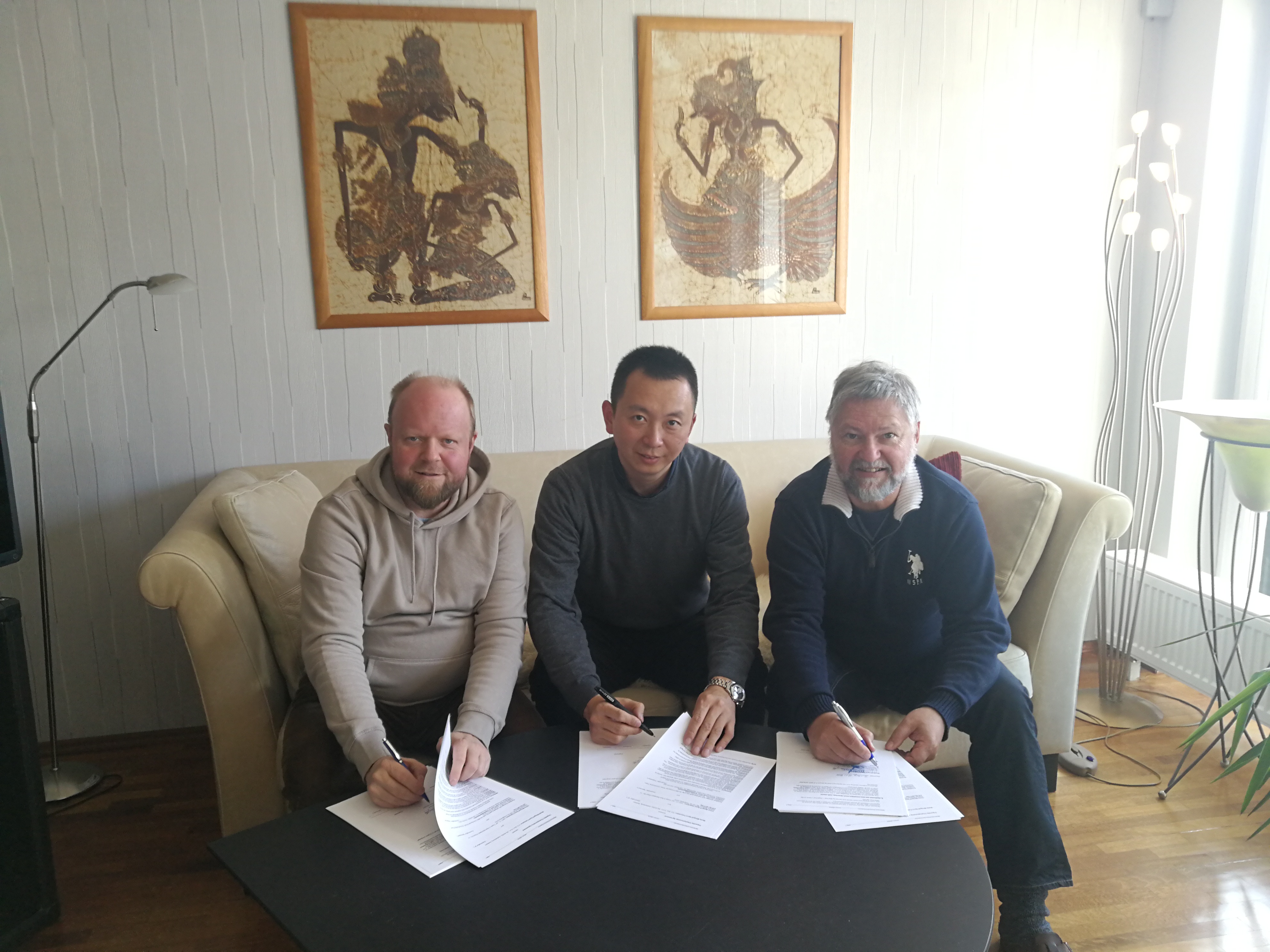 In Zaton we promised you the venue of the WC 2019 by the end of year 2017. We couldn't quite keep this promise, but we are now delighted and excited to be able to inform you that we have signed the contract for WC 2019 with the local organizer and China Minigolf Sport Federation (CMF). This means that the Minigolf World Championships will take place for the first time ever outside Europe in 2019. This is a consequent step in the development of WMF to make the game more global.

The negotiation process lasted about six months from the day when CMF President Xiaolong He (also known to us as William) announced that they have found an investor/organizer, who wants to bring the championships to China. The investor / organizer (in similar style as Touristhotel / Zaton Holiday Resort were giving us the location) is a real estate company who is building a new hotel and recreational area in Zhouzhuang, the ancient water town of China. This real estate company is a subsidiary of high tech public company Invengo Information Technology Co. Ltd. Who plan to bring more intelligent technologies to the minigolf course. They are also the Intelligent Campus Solution provider of Shanghai Disney Park.

The negotiations were very smooth and we could reach a result with which all sides are satisfied. Also the regional government is supporting the championships, which is essential in China for the success of such an event. This contract gives WMF also a financial kick with which we can realize many plans and improve processes which make us more modern and effective. It also will allow us to support development projects of our members better than before.

Zhouzhuang is located approx. 100 km from Shanghai, so it will be your natural flight destination. More info about the town will follow in due time, but you can start googling Zhouzhuang.

WMF will again organize the tournament with its own staff like in 2017, since the experiences were very positive. Due to local conditions the championship will take place at the end of October, so adaptations to the international calendar 2019 will be necessary. We have been consulting with EMF about this already. WC 2019 will also see the introduction of a new championship format – mixed stroke play competition of pairs. This will require one more tournament day.

As the championship contract was necessary for various permissions, the construction of the courses hasn't started yet. The courses will be provided by CMF in cooperation with WMF Gold Sponsor company Miniature Golf World Chongqing, There will be all four systems available in the minigolf center, but the primary goal is to play the WC 2019 on concrete and feltgolf, also for the first time ever. The final decision on the systems will be taken in December 2018 when the construction has been finished. Miniaturegolf is the reserve system. MOS course will not be used at this championship.

We at WMF are fully aware of big challenges this project will bring us and also of some critical political issues regarding China, but after having spoken with other sport federations and external consultants, among others Christian Wassmer who was present in Zaton, we are convinced that the benefits are far greater than the challenges. We see that this is the chance and the step forward we must take.

We understand that this championship will be a bigger financial burden for some, mainly Central European teams who are used to reach almost every championship by car. For some nations the travel costs will be however even lower than usual. Anyway, we can announce that the contract includes a clause which guarantees every registered participant of the championship 14 nights of free accommodation in at least ***-hotels in single or double rooms (due to availability), in a distance of not more than 2 km from the courses. This should take off some financial pressure and hopefully enable the participation of as many teams and athletes as possible. The primary plan is to accommodate participants in the new hotel / apartments right next to the courses, but at the moment this plan can’t be guaranteed yet. Therefore the 2 km clause is included in the contract.

Please note that WAGM 2019 will not be a part of this package and it will be organized as separate championship. After the WMF ExCo meeting at the end of March 2018 we’ll be able to give you further info on WAGM 2019.

Having said all this I want to point out that after the big challenge of WC 2017 I am personally really looking forward to the next challenge and we all are prepared to make the WC 2019 bigger and better than ever!

On behalf of the WMF Executive Committee