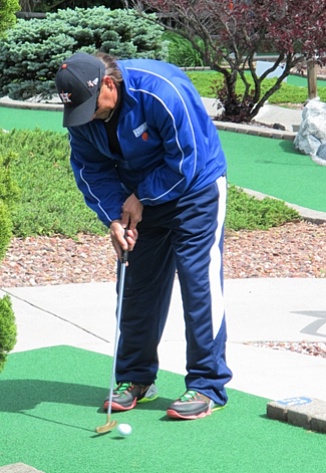 Graybeal, of Tennessee, caught up to McCaslin during the 5th round, the 3rd to be played on the blue course, setting up a one round showdown on the red course. With the scores of the final round close, Graybeal turned the tide of the tournament by acing the 14th hole, which is known as the "hardest hole in Pennsylvania." It's an 88 foot uphill shot, dodging rocks, sand traps, rough and the threat of water. After putting him in the lead, Graybeal just had to stay with McCaslin for the last 4 holes to secure the victory and $4,000 with a 250 for the 6 rounds.